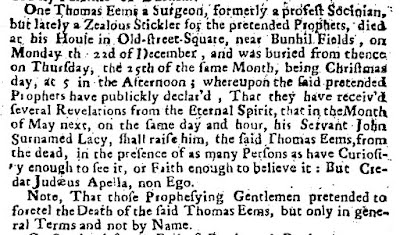 In early 1708, the religious group known as the French Prophets (a millenarian movement active in London from 1706), sensationally announced in the London newspapers that Thomas Emes, one of their number, who had died at the end of December 1707, would rise from his grave at Bunhill Fields on 25 May.