Blake set to music—C. A. Ranken

Piping Down the Valleys Wild 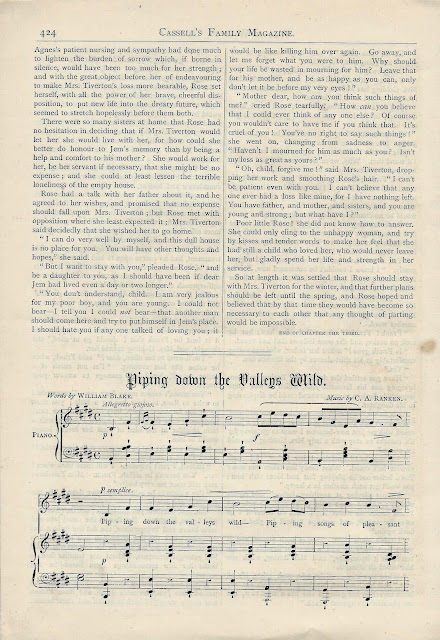 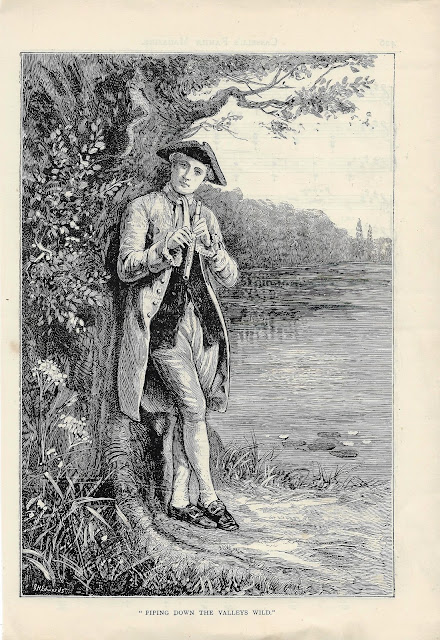 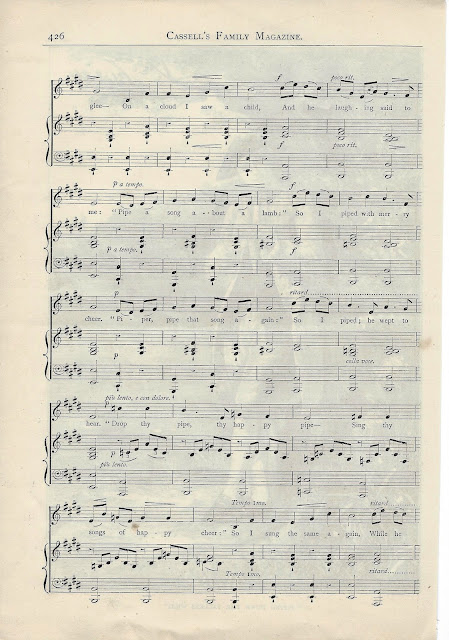 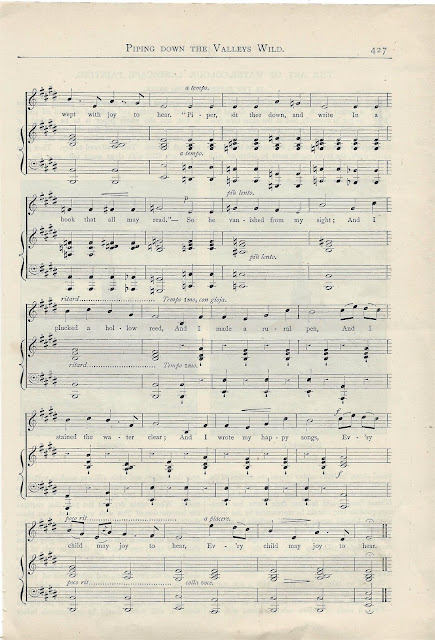 It was advertised on Abebooks by a bookseller who had removed it from the magazine. I've no record who I bought it from!

"London: Cassell, Petter, Galpin Co., 1882.—7in x 9.5in. Ill.: G. H. Edwards. Magazine Article, 3.5pp inc a full-page engraving by G. H. Edwards - This sheet music for voice and piano was published in Cassell’s Family Magazine and was removed from a bound volume of the magazine for 1882, which volume was already in a poor condition and beyond repair thanks to a previous owner. It is immaculate."


Miss Catherine (Agnes) Adelaide Ranken, born: Clifton, Bristol, c.1841; died: Clifton, 6 December 1918. Catherine Ranken was a prolific composer of songs, including a group of 12 songs after Christina Rossetti. Other poets set by her included Heine, Shelley, and Swinburne. This Blake song is one the earliest settings by a woman composer. Note that she publishes as "C. A. Ranken", concealing her female identity.

George Henry Edwards, jun. (1859-1918) was a well-known Bristol-based watercolourist who exhibited at the Royal Academy and at the Royal Institute. He was also active as a book illustrator. This appears to be the earliest illustration of a Blake poem by someone other than the poet-painter himself (or copyists or facsimilists). I know of nothing further until Ricketts and Shannon decorated The Book of Thel for their Vale Press in 1897, and Celia Levetus illustrated the Songs of Innocence in 1899.

According to Donald Fitch, Blake set to music (1990), "[t]he young Englishwoman Mary Carmichael was apparently the first of her sex (in 1876) to publish settings of Blake; she was followed in 1878 by Edith MacDonald" (xxi-xxii).