For most musicians today, a recording is (a) historical documentation, (b) a token of a certain status, (c) a gift-able object, and/or (d) a calling card and advertisement for live performances.—DANIEL WOLF 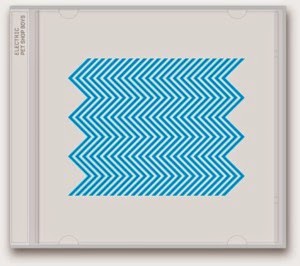 The latest Pet Shop Boys album, “Electric”, consists of nine tracks of which the fifth, “Inside a Dream” uses a Blake refrain


The Land of Dreams is better far,
Above the light of the Morning Star.


This is the closing couplet of “The Land of Dreams”, E486-87, a poem from the Pickering
Manuscript, and by no means an obvious poem to quote from.

The Land of Dreams

Reading the poem again, which I hadn't read for ages, I noticed lines 7 to 10


O Father I saw my Mother there,
Among the Lillies by waters fair.

Among the Lambs, clothed in white,
She walk'd with her Thomas in sweet delight.

Could this be Catherine Blake with her first child, Thomas, her son by her first husband Thomas Armitage? Or is this too banal a biographical reading? I think not. Blake, after his return from Felpham in 1801, sees in a vision his mother with her first son. (Catherine Wright Armitage Blake died in 1792; her first-born Thomas had died in infancy in 1751.)

I think of Blake in his last years as someone full of regret about his parents, wishing he hadn’t been so scornful of his mother's Moravianism or his father's Swedenborgian enthusiasms. Hence, I suggest, his obsession with the parable of the Prodigal Son and the constant wish to be forgiven.

As the optical medium known as the audio compact disk (the "CD"), the last hardware form of recorded music, makes its slow exit from the marketplace, I thought it would help to spell out some of the different purposes served by CD recording with examples drawn from recordings of Blake set to music. The Pet Shop Boys recording is available as an MP3 download, a CD (heading towards obsolescence), and as a vinyl LP (an obsolete medium retaining a niche place).

In a pop context, the CD, now being replaced by MP3 downloads, makes available a sequence of unrelated songs, usually linked stylistically, but seldom thematically, nor as narrative. For example in the Pet Shop Boys album, “Electric”, mentioned above, only the fifth track cites Blake. Nothing is lost if “Inside a Dream" is played separately from the other songs on the album and it could, one assumes, be performed “live”, though live in terms of Pet Shop Boys performances implies a stage full of computers. Much the same would apply to the Blake tracks on albums by the German electro pop/new age band, Tangerine Dream.

On the other hand, Hannes Loeschel's CD, “Songs of Innocence: ‘moon like a flower ...’”, is a unified sequence, integrated stylistically, thematically and textually. Musically it's a kind of rock-infused free jazz. Phil Minton sings fairly conventionally unlike his contribution to Mike Westbrook's Blake settings where Minton's extended vocal techniques (shriek and gibber) are more to the fore. Additionally, the CD booklet is illustrated with delicate full-page water colours by Willy Puchner. The separate songs could be performed live by Hannes Loeschel’s ensemble and perhaps have been. But his CD constitutes a considered work of art in a way that the Pet Shop Boys doesn’t. (PSB fans may disagree.)

I've also recently acquired “William Blake: Lieder von Unschuld und Widerfahren” by Jahrtal (Ewald & Christine Spiss) where, unusually, Blake’s words are sung in German translation—the only example I've come across although 200 years ago it would have been normal practice—Schubert set Ossian in a German language version. Indeed composers tended to work with translated texts right up to the 1940s—which is why Thomas Mann’s Adrian Leverkühn creates such a stir by setting both Shakespeare and Blake in their English original.

Jahrtal occupies a kind of midway position between Hannes Loeschel and Tangerine Dream: five songs of innocence followed by five songs of experience sung in a simple folky style. I am sure Ewald Spiss has performed these live with a straightforward guitar accompaniment. But for the CD he has added through multi-tracking a dozen or so other instruments. The CD can function as a souvenir of a Jahrtal performance but also represents an enriched “ideal”.

And then there is Walter Zimmermann, “Songs of Innocence & Experience”, a double CD-album which takes its Blakean title from one of the pieces included, but is really a survey of the Franconian composer Zimmermann's compositions for string quartet and solo strings. His “Songs of Innocence & Experience : 23 Ritornels for string quartet & tape” incorporates recordings of children's voices together with Allen Ginsberg's version of “The Tyger”. It almost reconciles me to Ginsberg's singing. This is an example of the CD as document and as substitute for live performance.

The Pet Shop Boys had made an earlier foray into musical settings of Blake. The "official Football Association England song for Euro 2000" was a recording of Parry's Jerusalem ("And did those feet") by Fat Les (the bassist from Blur Alex James, the actor Keith Allen, and others). My copy takes the form of a pre-recorded audio cassette tape—a now obsolete recording format. The Pet Shop Boys contribute a remix (track 2) which does a little to redeem the otherwise charmless endeavour.

It is noteworthy that Hubert Parry, whose music is out of copyright, gets no composer credit.

Renewable Music.
http://renewablemusic.blogspot.co.uk/
The blog of the composer Daniel Wolf.
Posted by Keri at 04:58